Major 'Dick' Winters - Legend of WWII has passed away 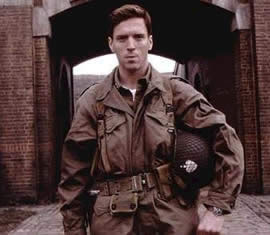 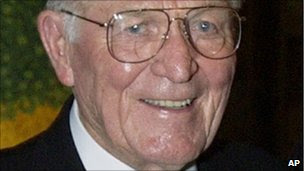 This is very sad news Richard Winters, the former CO of 'E' Company, 506 PIR has passed away in Pennsylvania to which he had retired. His actions during World War Two were immortalised in the television series 'Band of Brothers' which was based on the book by Stephen Ambrose. Firstly I would like to say how sorry I am and pass on condolences to his many friends and family. Major Richard Winters was a hero and a good man and as is typical of such characters was modest and reserved. A good article in the DT on Winters can be found here. I've also embedded a video clip that has his former soldiers discussing their CO. The free world owes gentleman such as Dick Winters a great deal, RIP soldier, stand easy.
Posted by Paul at 02:11 2 comments: 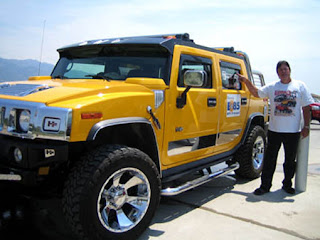 Now what could be better for the discerning
Libertarian concerned at rising fuel taxes
than an ethanol fuelled Hummer! (That ain't
me in the picture by the way!)
Well it has been a while since I blogged, I won't bore anyone with the reasons, but family and work commitments plus blogger's block all contributed. It seems that our PM Dave Cameron may be considering ditching another election promise (the previous ones were to repeal the Human Rights Act and replace it with a Constitution and carry out a referendum on the Lisbon treaty). This time Dave Cameron may be thinking of allowing a Labour instigated rise on fuel duty to occur. Please don't PM, in fact you must reduce the cost of fuel tax, here's why:

2. Reducing it would increase substantially individual liberty as well as freeing up the aforementioned small businesses. An individual could travel further and thus sell more and earn more.

3. It is utterly ridiculous to suggest that an increase in it is in any way better for the environment, confining people to fuel poverty is a no-brainer.

4. We pay far too bloody much at the pumps already!

5. Fuel taxes are amongst the most regressive and authoritarian as they hurt individual mobility and freedom of movement the most.

6. The sort of people who argue in favour of fuel taxes and even for increases in them tend to be very peculiar, usually neo-Marxist environmentalist head cases. Such people are extremely antagonistic towards freedom of the individual needless to say.