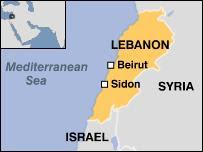 Interesting report this that raises a few questions. It seems most likely according to the Lebanese Press that Hezbollah shot down the helicopter that was overseeing the UN sponsored ceasefire in South Lebanon. However was it deliberate targeting or an accident. Hezbollah has not admitted to actually shooting the helicopter down but called it 'tragic'. Why does this matter? Well in spite of the human cost the fact remains that the Lebanese government is monitoring Southern Lebanon as part of a UN brokered cease-fire. The cease-fire that came into play after Hezbollah's war of aggression against Israel in 2006. However Hezbollah retains forces in Southern Lebanon and they remain armed by Iran. Therefore it may be in Hezbollah's interests to pressure the Lebanese government to withdraw from this deal. Alternatively and as Hezbollah are likely to eventually claim. Hezbollah may have targeted the helicopter believing it to be Israeli. Either way the terror organisation known as Hezbollah is flexing its muscles. The reaction from the Lebanese government is likely to be muted. They do not have the strength to remove this poisonous presence from their own country. From the BBC:

A Lebanese army helicopter hit by gunfire has had to make an emergency landing in the south of the country.
One officer was killed and others were injured. It is not known who carried out the attack.
The helicopter was flying over the village of Sejoud, 20km (12 miles) from the Israeli border.
Earlier this month, a bus bombing blamed on Islamist militants in the northern city of Tripoli killed 18 soldiers and civilians.
The area in which the incident happened is considered a stronghold of the Hezbollah militant group and political party.
As part of the ceasefire deal that ended the 2006 war between Hezbollah and Israel, the Lebanese army deployed in southern Lebanon along with a strengthened United Nations peacekeeping force.
Posted by Paul at 02:13 No comments: 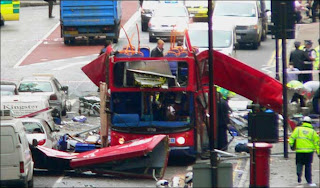 Unbelievable this, that is until you begin to understand the political culture at the BBC. Apparently scriptwriters produced for the BBC a documentary about the lives of the four 7/7 bombers. Only the BBC then failed to commission the series, why? According to the script writers it was deemed 'Islamaphobic'. This has been reported in today's Times as well as here, for Standpoint online. I intend to write to the Beeb about this but let's just look at other dramas that have made it past the BBC board of thought control. During the 'White Britain' series, you had 'White Girl'. This featured a girl from a dysfunctional family finding harmony in Islam. In one scene from White girl, the child prays to Allah whilst her drunken mother is prostrate behind her in a stupor, pure one sided propaganda of course but the BBC never considered it 'Christianaphobic'. Then of course there was the recent series of 'Bonekickers', where a Christian beheaded a Muslim. I mean happens all of the time doesn't it Christians lobbing of heads whilst reciting the apostles creed! Both of these fictional and comically one sided dramas were produced, why then is a docudrama that is actually based on something that happened (the 7/7 bombings) not produced? 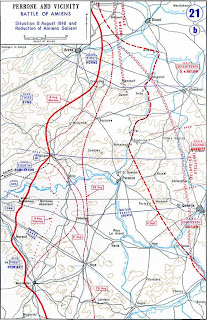 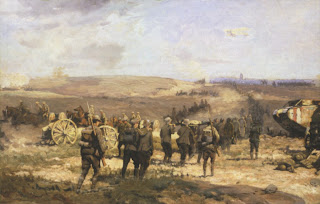 I do not really post much on military history. It is a subject I have read extensively on and studied but I thought this was worth a mention. When it comes to the first world war everyone has heard of the Somme 1916 battle or Ypres. But how many people are aware of Amiens? The battle commenced on 8th August 1918 and was a resounding success for the allies. It was notable for the successful use of the 'all arms' battle and was an allied endeavour involving Australian, Canadian, French, British and American troops. The bulk of the forces came from the BEF. The battle was not just a single successful incident, on a military level it formed part of the dramatically successful 'one hundred days' campaign which ended the war. The battle had a notable psychological effect. It convinced the allies right down to the individual soldier that they could and indeed were going to win the war. Conversely of course it had the exact opposite effect on the German Army, whose soldiers were demoralised and whose commander Ludendorf, may have suffered a nervous breakdown. I do not post this to glorify combat, rather to keep alive the memory of noble men who fought for freedom over 90 years ago. A struggle that continues on many different fronts.

A more detailed description of the battle is available here. I know it's wiki but that's all i could get online at short notice for a reference!

Another Iconic image the sad passing of Solzhenitsyn 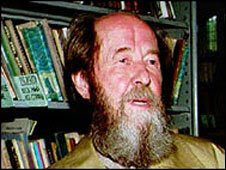 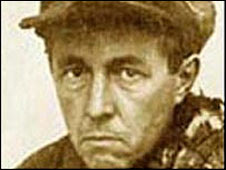 Like the Spitfire this icon came to symbolise freedom from oppression. However Solzhenitsyn was human not machine he will be missed for his courage and insight. A true brave soul who let the world know the full truth behind the supposed Soviet utopia. Doubtless the fantasist dingbats such as those here will portray him as a class traitor or similar nonsense, from the BBC:

Alexander Solzhenitsyn, who has died at the age of 89, played a significant role in ending communism. His novels were beautifully crafted, damning indictments of the repressive Soviet regime.
Born into a family of Cossack intellectuals, Alexander Solzhenitsyn graduated in mathematics and physics, but within weeks the Soviet Union was fighting Hitler for its survival.
Solzhenitsyn served as an artillery officer and was decorated for his courage, but in 1945 was denounced for criticising Stalin in a letter.
He spent the next eight years as one of the countless men enduring the gulags. He was one of the lucky ones to survive.
There followed a period of internal exile in Kazakhstan during which Solzhenitsyn was successfully treated for stomach cancer.
Instant celebrity
On his return to European Russia, he was allowed, following Nikita Khrushchev's denunciation of Stalin, to publish his largely autobiographical One Day in the Life of Ivan Denisovich, in 1962.

Solzhenitsyn spent eight years in labour camps. This made him an instant celebrity. But with the subsequent fall from power of the reformist Khrushchev, the KGB stepped up its harassment of Solzhenitsyn, forcing him to publish his work abroad.
His novels The First Circle and Cancer Ward were further damning allegories of the Soviet system.
In 1970, he was awarded the Nobel Prize for Literature. But he refused to attend the award ceremony in Stockholm for fear of not being allowed back home.
In 1973, the first of the three volumes of The Gulag Archipelago was published in the West. He had been hiding the work from the authorities, fearful that people mentioned in it would suffer reprisals.
Branded a traitor
But his former assistant, Elizaveta Voronyanskaya, revealed its location after being interrogated by the KGB after which she hanged herself.
So Solzhenitsyn decided to publish it. The Gulag Archipelago offered a detailed account of the systematic Soviet abuses from 1918 to 1956 in the vast network of prison and labour camps.

He exposed Stalin's tyranny. Its publication led to a violent campaign against Solzhenitsyn in the Soviet press which denounced him as a traitor.
In early 1974, even Solzhenitsyn's world reputation could not prevent his arrest. But rather than put him on trial, the Soviet authorities stripped him of his citizenship and expelled him from the country.
In exile, he continued to be a source of controversy, notably when he issued a series of documents which cast serious doubt on Mikhail Sholokhov's authorship of the novel And Quiet Flows the Don.
Many of his utterances were discursive and even baffling, and the admiration for him was not entirely uncritical.
Eventually, he settled in Vermont in the USA with his second wife and their three sons. Here, he completed the other two volumes of The Gulag Archipelago.
Return to Russia
Prussian Nights, a long narrative poem about the Red Army's vengeful advance into East Prussia in 1945, was published in 1977. He was said to have composed the poem and committed it to memory 25 years before, during his years in prison.
But Solzhenitsyn also rejected liberalism, dismissing the notion of democracy introduced by Gorbachev and Yeltsin as a myth. He was equally scathing of Western liberalism.
He returned to Russia in 1994 and told the Russian parliament, the Duma, that post-communist Russians were not living in a democracy.
He denounced politicians as being corrupt, and appeared regularly on television to voice his disapproval of the country which had first reviled and then embraced him.
In 2000, his book, Two Hundred Years Together, again covered sensitive ground in exploring the position of Jews in Soviet society.
He denied some charges of anti-Semitism. Gradually, his own people no longer had quite the desire to listen so carefully to his criticisms.
But former President Vladimir Putin courted his approval towards the end of the author's life, personally visiting his home in 2007 to award him the State Prize of the Russian Federation for his humanitarian work.
In 2006, the first Russian film based on one of his novels - The First Circle (V Krugu Pervom) - was shown on Russian state television, four decades after it was published.
The 10-part TV film depicted the terror of Stalin's regime, describing the Soviet Union as a huge prison camp.
Also in 2006, Solzhenitsyn, then 87, castigated Nato, accusing it of trying to bring Russia under its control.
He accused the organisation of "preparing to completely encircle Russia and deprive if of its sovereignty".
By then, Alexander Solzhenitsyn had already secured his place in history as one of the greatest Russian writers of the 20th Century. 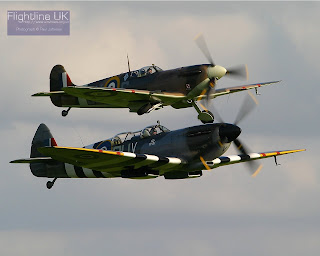 I think RAF blue is a suitable font for this news item. Quite simply it is 70 years to the day that this iconic plane took to the air and entered service.
Posted by Paul at 08:48 No comments: