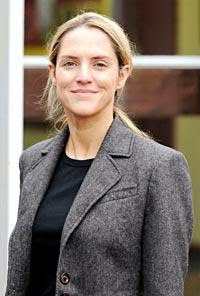 Louise Bagshawe MP has complained and has now got a response.

The BBC's lack of coverage of this massacre (which many of you never heard of) was very typical of the corporation, some murders it seems are more newsworthy than others. This is particularly important when the longstanding bias against Israel and in favour of (or at least whitewashing of) the terrorist groups that face Israel. Time and time again the BBC has been called out for such bias and along with other examples it is highlighted brilliantly by Robin Aitken here.

Anyway this example has led to Louise Bagshawe MP complaining about it and she has at last extracted a response from our state broadcaster here. Well done Louise! But before we go any further it is worth pointing out that the worse part of this whole story was the appalling massacre itself, my sympathies are with the Fogel family whose tragic story has already left the front pages and in the case of the BBC was not mentioned.

MP Bagshawe: Overwhelmed by response
The BBC has admitted that the horrific murders of the Fogel family last month should have been covered on their 24 hour news channel. The massacre, in which a three-month-old baby was decapitated and her siblings' throats were slashed, did not appear anywhere across the BBC's television channels, and was mentioned only briefly on the broadcaster's news website. The BBC gave no mention of Hamas' statement praising the attack or of celebrations about the killings in the West Bank, yet did cover the Israeli government's announcement about settlement construction the following day. The broadcaster's poor coverage was highlighted by Louise Bagshawe, Conservative MP for Corby, who registered her disgust at what she called the BBC's "inexcusable" failure, in the JC as well as on Twitter and in a comment piece for the Daily Telegraph.

Ms. Bagshawe, a member of the Select Committee for Culture, Media and Sport, called on the BBC to admit their "lack of even handedness". She also demanded a list of the other stories which were featured on BBC News 24 on March 11, in preference. Her complaint was passed to the BBC's director of news, Helen Boaden, but it was five days before Ms. Boaden replied. During that time Ms Bagshawe received thousands of messages of support. In her response Ms Boaden said: "I agree with you that the significant nature of this murder of an entire family meant it should have been included on our television news output." However, she denied that the BBC had ignored the story "either because we did not care or because we pursue an anti-Israel agenda". She instead blamed "a remarkably busy weekend" because of the disaster in Japan, events in Libya and the spring meetings of the Liberal Democrats and the SNP which had to be covered "to ensure due political impartiality". "[These] left little room in the main television bulletins for a host of competing stories". Ms. Bagshawe said: "I'm not wholly satisfied with the answer which does not reflect the gravity of the lack of coverage. I would consider the matter finished if the BBC gave an expression of regret because of the hurt they have caused the Jewish community." She added: "I believe that this shows that the BBC will listen and will not merely reflexively defend a clear mistake."
Posted by Paul at 05:35 5 comments: